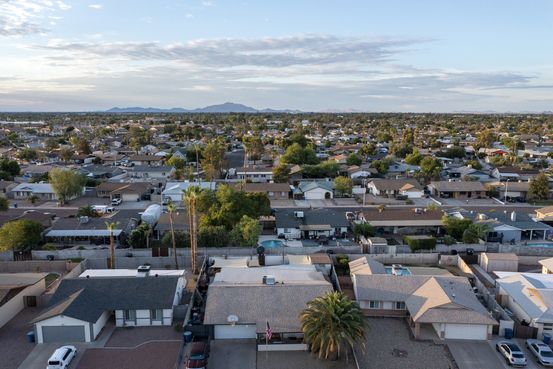 For first-time buyers looking for starter homes in this year’s hot housing market, a decadeslong trend could further delay this long-awaited money milestone.

The supply of entry-level housing, which Freddie Mac defines as homes up to 1,400 square feet, is near a five-decade low, and data on new construction from the National Association of Home Builders shows that single-family homes are significantly bigger than they were years ago.

Homeowners from previous generations had access to smaller homes at the start of their financial lives. In the late 1970s, an average of 418,000 new units of entry-level housing were built each year, according to data from Freddie Mac. By the 2010s, that number had fallen to 55,000 new units a year. For 2020, an estimated 65,000 new entry-level homes were completed.

“You can really draw a straight line from the 1940s down to the most recent years, which is really striking and also very concerning,” said

Mr. Khater said he initially expected to see this drop most acutely in historically expensive metropolitan areas such as New York and San Francisco. But looking across the country, he saw that house hunters in many different areas were facing the same problem.

“What was really striking to me was the consistency in the decline in the share of entry-level homes, irrespective of geography,” Mr. Khater said. “The thing that struck me the most was that really, it’s all endemic. It’s all over the U.S. It doesn’t matter where.”

This phenomenon is affecting real estate in 10 of the largest states, according to an analysis from Freddie Mac. In Florida, for example, the share of homes with living area up to 1,400 square feet was 58% of new housing supply in 1985. Thirty years later, the share plummeted to 12%.

When Kevin Crowder, a 52-year-old homeowner and economic-development consultant, bought his first starter home in 2003, he found a 1,000-square-foot apartment in the Miami area. In 2006, he bought what he said is his largest home ever: a two-bedroom house at 1,250 square feet.

“It’s insane what you see in the single-family market here with the pricing,” he said. “I would disagree that larger is needed. I think smaller is needed.”

Readers Show Us Their Early Homes

View a slideshow of photos submitted by readers of The Wall Street Journal.

Steve and Ellen Mannos celebrated with their oldest children after buying their La Grange, Ill., home in 1979.

Steve and Ellen Mannos celebrated with their oldest children after buying their La Grange, Ill., home in 1979.

Eager buyers have sparked bidding wars in many places, as remote work allows them to expand their house hunts. Further challenges—the crush of the student-loan crisis and ongoing wage stagnation—make it difficult for some to save a competitive down payment.

“We’ve got a record number of entry-level, demand buyers: the millennials coming into the market,” Mr. Khater said. “And yet we’ve had a seven- or eight-year decline in entry-level homes, and that’s not going to change.”

Write to Julia Carpenter at Julia.Carpenter@wsj.com